I think of depression as one of the most tragically misunderstood words in the English language. And here’s why, Depression has two radically different meanings depending on the context.

So, in everyday conversation when people say they are depressed, they use the word depression as a synonym for sadness. Now, this has become a normal human reaction to the slings and arrows of outrageous fortune.  In that sense, all of us know the pain of depression.

Now, for someone who has never experienced depression or doesn’t really know what that means that might surprise them to hear because there are these pretty popular misconceptions that depression is just being sad when something in your life just goes wrong.

For example: when you break up with your girlfriend, when you lose a loved one, when you don’t get the job you wanted. But that’s sadness and it’s a natural human emotion.

Real depression isn’t being sad when something in your life goes wrong, real depression is being sad when everything in your life is going right. And I hardly see anyone’s talking about it, but we need to be because right now it’s a massive problem. And we don’t see this issue much on the social media platforms as it should be. So, as we don’t see it we don’t know the severity of it.

But the severity and seriousness of this issue are these:

Every 30 seconds, somewhere someone in the world takes their own life because of depression. And it might be few blocks, few countries or few continents away but it’s happening every single day. And we have a tendency as a society to look at that and go, “So what?”

Unfortunately, we live in a world where if you break your arm, everyone runs over to sign your cast and draw smiley faces on it, but if you tell people that you are depressed, everyone runs the other way and that’s the stigma. We are so expecting of any body part breaking down and other than our brains and that’s ignorance. And that ignorance has created a world who doesn’t understand depression and mental health.

And that’s ironic to me because depression is one of the best-documented problems we have in the world yet it’s one of the least discussed. We just push it aside and put it in a corner and pretend it’s not there and hopes that it will fix itself. Well!! It won’t, it hasn’t and it’s not going to because that’s wishful thinking.

And wishful thinking isn’t a game plan, its procrastination and we can’t procrastinate on something this important. The first step in solving any problem is recognizing there’s one. And we haven’t done that so we can’t really expect to find an answer when we are still afraid of this question.

And I think the solution to this problem has to start with the people who are suffering, the ones who are hidden in the shadows. We all need to speak up and shatter the silence. We need to be the ones who are brave for what we believe in because if there’s one thing that I’ve come to realize and it’s the biggest problem.

It’s not in building a world or where we eliminate ignorance of others; it’s in building a world where we teach the acceptance of ourselves where we are ok with who we are because when we get honest, we see that we all struggle and we all suffer. But right now depression is society’s deep cut that we are content to put a band-aid over and pretend it’s not there.

And keeping it a secret is just as detrimental to us as that anger; it affects our mental and physical health. In fact, the very act of thinking about a deeply held secret changes our physiology. We experience a surge in cortisol levels which have links to a weakened immune system, increased blood pressure and even memory loss.

Depression is now a global epidemic. In fact, if we look at the recent surveys we might see that near one in six people is experiencing the agonizing, debilitating pain of depressive illness by the time they reach age 75. And it’s getting worse; the rate of depression seems to be increasing generations after generations. So, every successive birth cohort is having higher rates of depression than the one that preceded it.

In order to pursue in this 21st century, we need to detect how our actions, lifestyle, and surroundings that influence our mental health. If they are affecting us positively them cherish them. But, if they are causing to make us feel negative about ourselves, then ignore them, and work to make yourself a more assertive and controlling of your life.

We will be always vulnerable to the powers of depression. Nevertheless, we can stand together in unity and hope, facing this disease head on for the sake of ourselves and others. 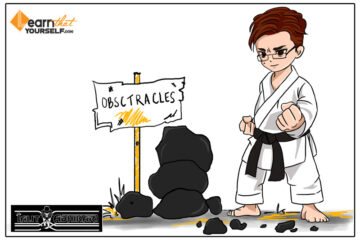