Whenever we have a lot of ‘one specific thing’, we always tend to take that ‘one thing’ for-granted.

For example: take the night sky, it is always there. But regardless, I’ve rarely seen people to just stand there and admire the sky.

I want to convince all of you, to take some time to look up and watch the movie that the universe is playing out on the biggest screen, ‘the night sky’. When we look out at the night sky, we are not just looking at mysterious balls of light that are infinitely far away.

What we are watching is starlight that has travelled over vast and infinite distances through the vacuum of space emitted by stars just like our own. And these stars were hundred, thousand and even millions of years in the past.

I’ve always been fascinated with the universe since my childhood. I’ve relentlessly watched the night sky even though others used to mock me for these absurd behaviours. Although these childhood days are gone and it didn’t stop me from exploring these mysteries of our mighty universe.

Mesmerized by the inspiring books of astrophysicist like Stephen Hawking, Richard Feynman, and Carl Sagan, it had always got me thinking, are we alone in this vast space? Now, whenever I feel that I am demotivated, a quote from famous astrophysicist, Carl Sagan always cheers me up and it goes like this, “Somewhere something incredible is waiting to be known.”

In our universe, all normal matters are made from electrons and two other tiny little things called ‘quarks’. If we put those things together and let them interact, we will get all the incredible complexities which make this universe such an interesting place.

Have you ever wondered how does that happen? How do you get somebody like Leonardo da Vinci and Albert Einstein to huge galaxies and black holes from mixing just three different particles? How do you go from this simplicity to such incredible complexity? Let me take you on a journey through the horizons of these complexities and together we might figure this out.

Some 15 billion years ago our universe was born with the mightiest explosion of all time, the ‘Big Bang’. It expanded, cooled and darkened. Energy condensed into matter, mostly hydrogen atoms and these atoms accumulated into vast clouds rushing away from each other which later became galaxies.  Within these galaxies, the first generation of stars was born, flooding the cosmos with light.

The hydrogen atoms made sun and starlight. But at those times there were no planets to receive these lights. No creature was there to admire the radiance of heavens. Deep in those star furnaces, nuclear fusions were creating heavier atoms like carbon, oxygen, iron, and silicon. These elements (the leftovers of hydrogen fusion) were the raw materials from which planets and life will later arise.

At first, the heavy elements were trapped inside the stars, but massive stars soon exhausted their fuel. And they eventually died to create huge supernova explosions which throw away those heavier elements to space. The interstellar gas became enriched with heavier elements.

In the Milky Way galaxy, the ‘matter’ of the cosmos was recycled into a new generation of stars reached in heavy atoms, a legacy from their stellar ancestors. And in this pit of interstellar space, great turbulent clouds were gathered by gravity and illuminated by starlight.

In their depths, the heavier elements condensed into the grains of rocky dust, ice, and complex carbon-based molecules in accordance with the laws of physics and chemistry. Hence, the hydrogen atom ignited the ‘stuff of life’.

Other clouds more massive aggregated the gas and dust which formed the second generation of stars. As new stars were formed, tiny condensation of the matter was created near them. Clusters of rocks and metals, ice and gas were formed that later become planets. And on these worlds, organic molecules formed which was made up made of atoms that have been cooked inside the stars.

And among this heavenly catastrophe, a molecule arose that by accident was able to make crude copies of itself, and that was the birth of life. As time passed self-replication became more accurate and precise.

Some colonies attached themselves to seafloor while others swim freely. Finally, the eyes evolved and the cosmos could see. Living things moved to colonize the land.

Organisms evolved from reptiles to warm-blooded creatures with bigger brains which later developed curiosity about their environment. They learned to use the tools, fire and gathered knowledge about environment and star stuff. Thus, the lore of stellar alchemy emerged into consciousness. 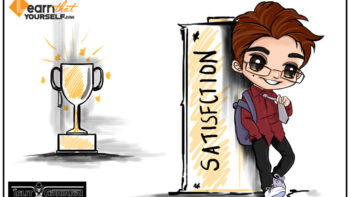 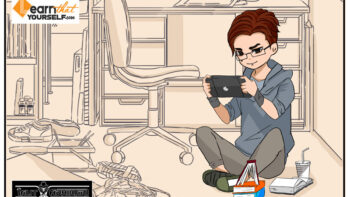 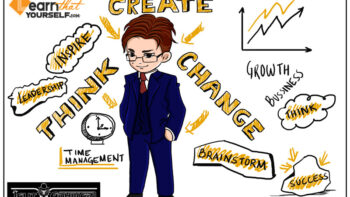 Anatomy of Head for drawing

How to set Brush Pressure in Illustrator

07701 min read
We use cookies on our website to give you the most relevant experience. By continuing to use the site, you agree to the use of cookies.