But I think above all I am in awe at their power to motivate, to compel us, to transfix us like really nothing else we’ve ever invented is up to the mark like games. And I think we can learn some pretty amazing things by looking at how we do this.

Now, the video games industry is one of the fastest growing of all modern media. From about 10 billion $ in 1990 to about 150 billion $ globally today, it shows no signs of slowing down.

In the upcoming four years time, it will worth over 200 billion dollars. The thing that really amazes me is that today people spend about above 10 billion real dollars per year buying virtual items that only exist inside video games.

Games like PUBG alone have more than 12 million players playing in India on a regular basis.

This may all sound really quite alarming to some people, an index of something worrying or wrong in society. But there is always a different side of the coin. To positively think in that aspect is thinking in terms of ‘rewards’.

And specifically, in terms of intense emotional rewards that playing games offers to people, both individually and collectively.

We can observe two different processes are occurring in someone’s head when they are engaged in playing those games.

One of them is the wanting processes. This is a bit like ambition and drive.

And the other is the liking processes, involving emotions like fun, affection, and delight.

Imagine an enormous flying beast with an orc on the back. Here, I am describing you a scene from the game ‘World of Warcraft’ with more than 20 million players globally.

And this kind of world where you can ride vast flying beast shows why games are so good at doing both the wanting and the liking processes at the same time. In those games, you get great powers.

Your ambition is satisfied and it’s beautiful. It’s a very great pleasure to fly around. And so these combine to form a very intense emotional engagement.

We evolved to be satisfied by the world in particular ways. Over the ten, hundreds and thousands of years, we evolved to find certain things stimulating.

And as intelligent and civilized beings, we get enormously stimulated by problem-solving and learning techniques. But now we can reverse engineer that and built worlds that expressly tick our evolutionary boxes.

From my years of experiences as a gamer, I came up with three aspects that show how you can take these lessons from games and use them outside the gaming world:

Suppose, you gave someone lists of different tasks like solving ten questions, turning up 20 classes on time, collaborating with other people, working five times more and hitting a particular target.

The person will break these tasks into calibrated slices that they can choose and do in parallel to keep them engaged.

In an average game, every time you do something, you get credit even if you are trying. You get a reward for every single bit of effort. It’s all feeds in as minute reinforcement.

An element of uncertainty

A game is like an individual goldmine because of these known rewards excites people but what really gets them going is the uncertain reward, the reward pitched at the right level of uncertainty where players didn’t quite know whether they are going to get it or not. This lights the brain up.

In real life, with this, you can transform the levels of people’s engagement by tapping into this very powerful evolutionary mechanism.

When we don’t quite predict something perfectly, we get really excited about it. We just want to go back and find out more.

Researchers at the University of Bristol are doing studies where they are building mathematical models to measure dopamine levels of the brain.

And that means we can predict learning and enhanced engagement, these windows of time in which the learning is taking place at an advanced level. Another interesting thing happens often with the game players is confidence.

These games and their reward structures make people braver and more willing to take risks and difficulties.

So, if we look at these things and learn from them and see how to turn them outwards, then I really think we have something quite revolutionary on our hands. 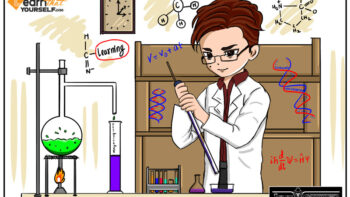 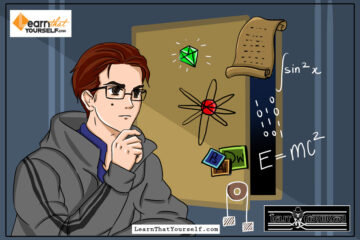 How to use Mesh Tool in illustrator

How to make a Semicircle in Illustrator