There is a pretty well-known quote by Albert Einstein that gets thrown around a lot and it goes like this,

“If you can’t explain it simply, then you don’t understand it well enough.”

And this quote is really insightful and reversing it reveals a pretty powerful piece of study advice.

If you learn and understand something well, then explain it.

Once I’ve heard a lecture by a scientist in which he was talking about one of the most effective study techniques and it was if you need to understand something thoroughly then teach what you are learning to someone else.

And this famous technique is known as the Feynman’s Technique.

This technique is named after physicist Richard Feynman who was a great scientist.

In fact, back in 1965, he won a Nobel prize for his work in quantum electrodynamics and he contributed to science in a number of different ways including the development of Feynman’s diagrams which are basically a graphical representation of the math behind how subatomic particle work.

But in addition to being a great scientist, he was also a great teacher. He was able to boil down incredibly complex concepts and put them in simple language that other people could easily understand.

And that’s why he is one of those great scientists who is also known as a good teacher.

So, let’s focus on the prime idea of ‘What is learning!’ and to understand that we need to dive into the realm of the cognitive psychology and thinking process.

Now, as we know that our brain is enormously complex, but we can simplify its operation into two fundamentally different modes.

But the second mode is a bit different. It’s a relaxed set of neural state that is called diffused mode. So, when you are learning you are going back and forth between these modes. And to better understand these modes we need an analogy.

The analogy for the focused mode is when you are learning, you are often thinking ‘tightly’ as you are focusing on something. It involves thoughts that you are somewhat familiar with.

For example historical patterns or multiplication table. So, you try thinking any particular thought and it takes off and moves along smoothly pretty much exactly along the pathways that you’ve already laid.

But, what if the thought you are thinking is actually a new thought a new concept that you’ve never thought of before. And to get to this new place of thinking all you need is a new perspective. And that is provided by the diffuse mode.

In the analogy of diffuse mode, when you are trying to think, your thought takes off and can arrange widely as you are attempting to come up with new ideas.

So, you can’t do the careful focused thinking that you can in the focus mode, but you can at least get to the place you can be in to grapple with these new ideas.

So, the conclusion here is when you are learning you need to go back and forth between these modes.

And if you find yourself focusing in on something like trying to learn a new concept or solve a new problem and you get stuck. You need to turn your attention away from that problem and allow the diffuse mode to do it’s work in the background.

Another thing I have learned from over the years is that in order to retain information we have to organize it in order to make it meaningful.

We have to make connections to it, connecting to our experiences or coming up with our own examples.

There are lot of researches done to support this idea that what we learn is stored in our brain in terms of meaning and not according to visual images or auditory sounds.

And one of the best research in this field comes from classic studies that were done in 1973.  Psychologist Dr. William G. Chase and Herbert A. Simon from Carnegie-Mellon University were interested in studying chess player’s abilities to recall pictures of chessboard games in progress.

In that experiment, they showed players an image of a game in progress for a short time typically only five seconds or so and then the image was taken out from their sight.

Then they asked the players to recall where the pieces were in that picture. And what they found was a big difference between non-players and experts.

Non-players when asked to recall where the pictures were, they could only remember about four pieces. Experts, on the other hand, could actually identify almost all of the chess board pieces.

Now, you might be thinking that the experts had a better visual memory than the beginners.

After further researching, it was found out that it was because the experts had more experience playing chess and more knowledge. In other words, this game board was more meaningful to them. They could see the strategy involved.

To support this idea they did a follow-up study. And in this study, they showed the chess players the pictures of randomly arranged chessboards. And the results were again astonishing.

This time experts no longer had an advantage in remembering pieces because it wasn’t meaningful to them. So, they lost that advantage which again it showed the evidence that we store information in terms of meaning. 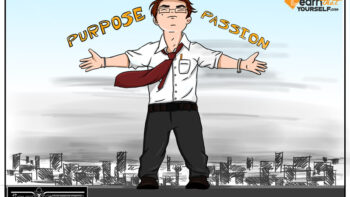 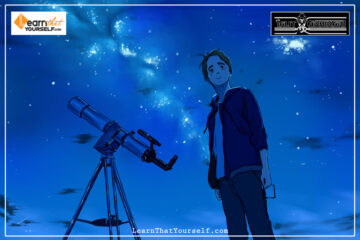 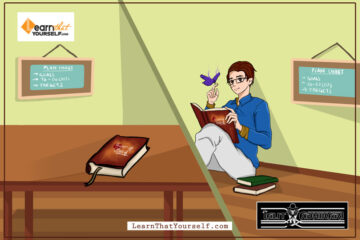 How to design a Retro Flower Pattern

Graphic Design: Everything you should know!

How to Create Flower using Gradient Mesh in Illustrator

07701 min read
We use cookies on our website to give you the most relevant experience. By continuing to use the site, you agree to the use of cookies.